Ready Player One, Hamilton, and Me:  “Liveness,” Mediated Communication, and Building Relationships in a Virtual World

“Going outside is highly overrated.”

Does anyone else sometimes feel like you are living in the pages of Cline’s dystopian 2011 novel? Set in the near future of 2045, Ready Player One depicts our planet on the brink of chaos and collapse. Its inhabitants find escape from reality in the OASIS: an immersive virtual universe. The OASIS is reminiscent of the Matrix, except people knowingly and eagerly enter it. Certainly the depiction of socio-cultural crises is more extreme than what we are experiencing in 2020, but it is not difficult to imagine a world similar to Cline’s vision without intervention.

Like so many of you reading this, the pandemic has left me largely physically isolated in my home, with my connections to others primarily virtual, my communication and relationships — both personal and professional — mediated by technology. Perhaps unlike many of you, I have a perspective on mediated communication and relationships that has been informed and shaped by my (now mostly former) identity as an actor, director, and professor with a doctorate in theatre history and criticism.

Theatre is, by its very nature, unmediated; that is, communication occurs directly between the two essential elements of theatre — a performer and a spectator — in a shared physical space.

What differentiates theatre from other performative forms like television and film is its liveness. What makes it special is the transactional relationship that exists between actor and audience in the same space in real time.  In mediated, recorded performance the performers communicate directly with other actors performing in front of the same camera; spectators watching a film or televised/streaming performance can communicate and commune with other audience members sharing their space. But the performers cannot interact directly with spectators; they cannot form, however briefly, relationships with their audience members that cause them to adjust their performances in response within that shared space.  Theatre actors can. As a theatre professor, I always emphasized this difference to my students.

Obviously, much of our virtual communications, be they via Zoom, WebEx, Microsoft Teams, Blackboard Collaborate, or another video conferencing platform or by phone, do occur in real time, and we can communicate directly with each other, even while mediated by technology. But this is different from sharing a physical space, being “live” together. As with theatre, there is something special about those interactions that can’t be duplicated when mediated by technology. And I miss it. “Going outside” is not overrated.

However, I have to confess: I don’t miss theatre much. In actuality, I quit enjoying attending theatre a number of years ago, and it is one of the reasons I left the professoriate. How can one be a teacher of something one doesn’t even really like? The relatively high cost of attending theatre performances coupled with the inconvenience often accompanying such attendance, from travel to parking and the like, and increasing interruptions by technology (e.g. cell phones), made it an exercise in annoyance. I found myself preferring, more and more, mediated performance that I could watch in the comfort and convenience of my home, that I could pause, that I could stop or turn off when it failed to meet expectations without feeling like I was throwing away a small fortune. I even prefer the style of acting: acting for the camera is largely different from acting for the stage, with the latter often being more broad and less “realistic” and intimate.

Similarly, working remotely and virtually affords a number of advantages: not having to commute to an office, thus saving on gas, tolls, and auto maintenance, not to mention saving my sanity from Austin traffic; being able to focus exclusively on work in my home office without the distractions of the traditional office (a luxury that I am aware many who are not single and childless like me do not have); the ability to attend, virtually, more conferences and meetings when not needing to travel to them; and, I have to admit, enjoying the company of my two canine office mates.

However, I have been thinking a lot about one significant disadvantage: it seems much more difficult to create and build than maintain relationships when communication is mediated by technology. Just as the actor cannot directly “commune” with the audience in mediated performance to build a relationship, however briefly, the barrier seems significant in remote/virtual work. The physical connection of a handshake, the reading of both visual and verbal cues, the ability to solve problems and conflict, and effective engagement all support successful relationship development. As the leader of an entity that facilitates inter-institutional cooperation among our member colleges and beyond, I miss that.

But post-pandemic, I hope we don’t return to business as usual. Let’s not throw out the proverbial baby with the bathwater. I hope we can maintain the flexibility and other advantages of remote/virtual work, when feasible and appropriate.

Then, face-to-face interactions can be more efficient, effective, targeted, and strategic — such as to build relationships. I do look forward to sharing physical space again with colleagues, as well as friends and family. And, I have to confess: while I was thrilled to be able finally to see Hamilton, and in the comfort of my own living room via a relatively affordable Disney+ subscription, I think that seeing it live and unmediated in a theatre — actors and audience together in that shared space laughing, celebrating, crying, and reflecting on the complex relationships that laid the foundation for our country — would have been transcendent.

“Ready Player One” by Vernon Barford School Library is licensed under CC BY-NC-SA 2.0.

“Hamilton The Musical” by Photographing Travis is licensed under CC BY 2.0. 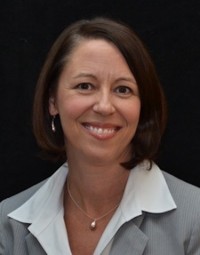